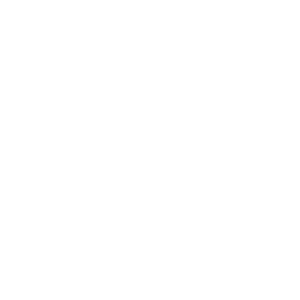 The Best Time to Become An Airline Pilot? NOW!

One of the challenges facing the airline industry today may be the biggest opportunity for aspiring airline pilots.

Flight enthusiasts who choose to invest their time and money today can, in a little over 12 months, have the certifications they need to start amassing the 1,500 hours of flight time the FAA demands so that they can get their Airline Transport Pilot (ATP) certificate.

From there it is a short walk to the recruiting office of the commercial airlines.

What’s Causing this Shortage of Pilots

There are more than a few reasons for the pilot shortage:

Demographics– The wave of pilots from the Viet Nam era are all retired. Remember, retirement is mandatory for pilots at 65.

More Demographics–The next wave of military pilots came from the Middle East conflicts starting in the late ‘80s. Many of them are retiring and over the next two decades, they will continue to age out.

Fewer Military Numbers–The armed forces have been the traditional training ground for many pilots. With the military downsizing, that source has dwindled.

Covid-19—One of the aftereffects of the pandemic was the Great Resignation, or more appropriately, the Great Reshuffle. Mny professionals, including pilots, send home during the pandemic, found other career opportunities that gave them a more preferable work-life balance.

New Pilot Numbers Down—According to a January article in Flying magazine, “the number of student pilot certificates issued by the FAA in 2020 (49,933) was 13 percent less than the total issued in 2010 (56,008).” Career paths established in the schools have, for the last few decades, put more emphasis on IT and computer science tracks.

What Does It Take to Become an Airline Pilot?

Kilo Charlie Aviation offers a Career Pilot Program, a series of certifications that take you through various levels of knowledge and ability. These include a mix of classroom, self-study, flight simulation, and in-flight time.

Professional Pilot License (PPL)—This is the starting point. You pass the Private Pilot written exam and after as little as 35 hours of in-flight time, including a solo flight, you will have a PPL. You must be 17 years old. You also need a third-class FAA medical clearance.

Instrument Rating (IFR)—A PPL allows you to fly on cloudless days in anything but Class A airspace (don’t worry, as a PPL, you’ll be well-aware of what constitutes Class A airspace). With an IFR you gain the instrument knowledge to fly in bad weather, clouds, and low-visibility conditions. It takes 35 hours of in-flight time, 40% of which can be in a simulator.

Commercial Pilot License (CPL)—You need at least 120 hours of flight time to qualify for the CPL test. You have to be 18 years old and still have that FAA third-class medical certificate. Depending on the level of commercial license, you will have as much as 240 hours by the time you certify, which can be a combination of simulator and in-flight time. With a CPL you will be able to fly professionally as a cargo pilot, a charter pilot, or any other number of positions.

Multi-Engine Certification (ME)–This allows you to fly more complex, more powerful aircraft. It requires up to 23 hours of in-flight time, 2.5 hours in the simulator, and up to 50 hours of instructor time.

Earning these certifications increases your employment options as a pilot and allows you to amass flight hours.

The Next Step to Airline Pilot

There are two levels of airline carriers. The regional carriers, airlines that travel over a smaller geographical route, and the major airlines, which fly cross country and internationally. Think in terms of the minor leagues and the major leagues respectively.

In order to fly for the regionals, you need a Commercial Pilot License and generally 1,500 hours of flight time. It is an entry-level job with entry-level pay, but you’re flying jet airliners.

The major airlines (United, Southwest, Delta) typically require 3,000 hours or more, including captain time. Most of the majors own all or part of one or more regional carriers, so it is quite common to hire from that pool.  With the major carriers, the pay is much better and the schedules are better. As the pilot shortage intensifies the majors will start to recruit more actively from the ranks of regional carriers.

Opportunity for the Pilots of Tomorrow

The pilot shortage spells out a perfect storm of opportunity.

“The first wave of demand for airliner pilots really came in the 1960s,” said Robert Renfro, CEO and founder of Kilo Charlie Aviation. “In the ensuing decades, careers in aviation were difficult to achieve and maintain. Those first pilots stayed until retirement.”

“That’s changed,” continued Renfro. “We’re beginning another wave of retirements, and it will continue for a while. We are getting closer to what it was like to be a pilot in the 60s.”

Those who opt for a Career Pilot Program can find work in the fly-for-hire ranks. There are openings for cargo pilots, charter pilots, even certified flight instructors. This means more opportunities to get the 1,500 hours needed for the ATP license.

The Best Flight Schools Have Met the Challenge

The responsibility of training these future pilots falls on the shoulders of flight training organizations (FTOs). Redbird Flight Simulators recently did an exhaustive study. One revelation: almost 60% of flight students enrolling today indicated that their career objective is as a commercial pilot, with many of those set on an eventual career as an airline pilot.

As such, Kilo Charlie Aviation has prepared for the increase in students in several ways.

Staff—We continue to expand our staff of instructors, schooled in the latest planes and instrumentation. Most of our instructors are employed at various levels of commercial aviation.

Training Fleet—We maintain a training fleet of aircraft offering the most up-to-date technology in instrumentation and avionics so that our graduates have experience with the latest equipment. Our Redbird FMX Flight Simulator provides real-life flight situations in the safely of a simulator.

Curriculum—Kilo Charlie Aviation uses King’s flight curriculum. It’s up-to-date and the teaching methods are as good as any found on the market. Charlie Kilo Aviation boasts some of the highest graduation rates.

Industry Connections—The staff at Kilo Charlie Aviation represent decades of experience, all the way up to airline pilots. Our connections in the industry mean that we can help you find a job once you have attained your commercial pilot’s license.

“The thing that really sets Kilo Charlie apart, though, is our approach,” said Robert Renfro. “Flying is a serious business, which makes teaching it even more serious. Coming from an airline pilot background myself, I am intimately familiar with both the shortage of pilots and the things tomorrow’s pilots need to learn. Our programs at Charlie Aviation are designed to get students to their end goal at a quicker pace with a more one-on-one approach than any other school. We also strive to keep costs down. Money should not be a barrier to achieving your dream and your career.” 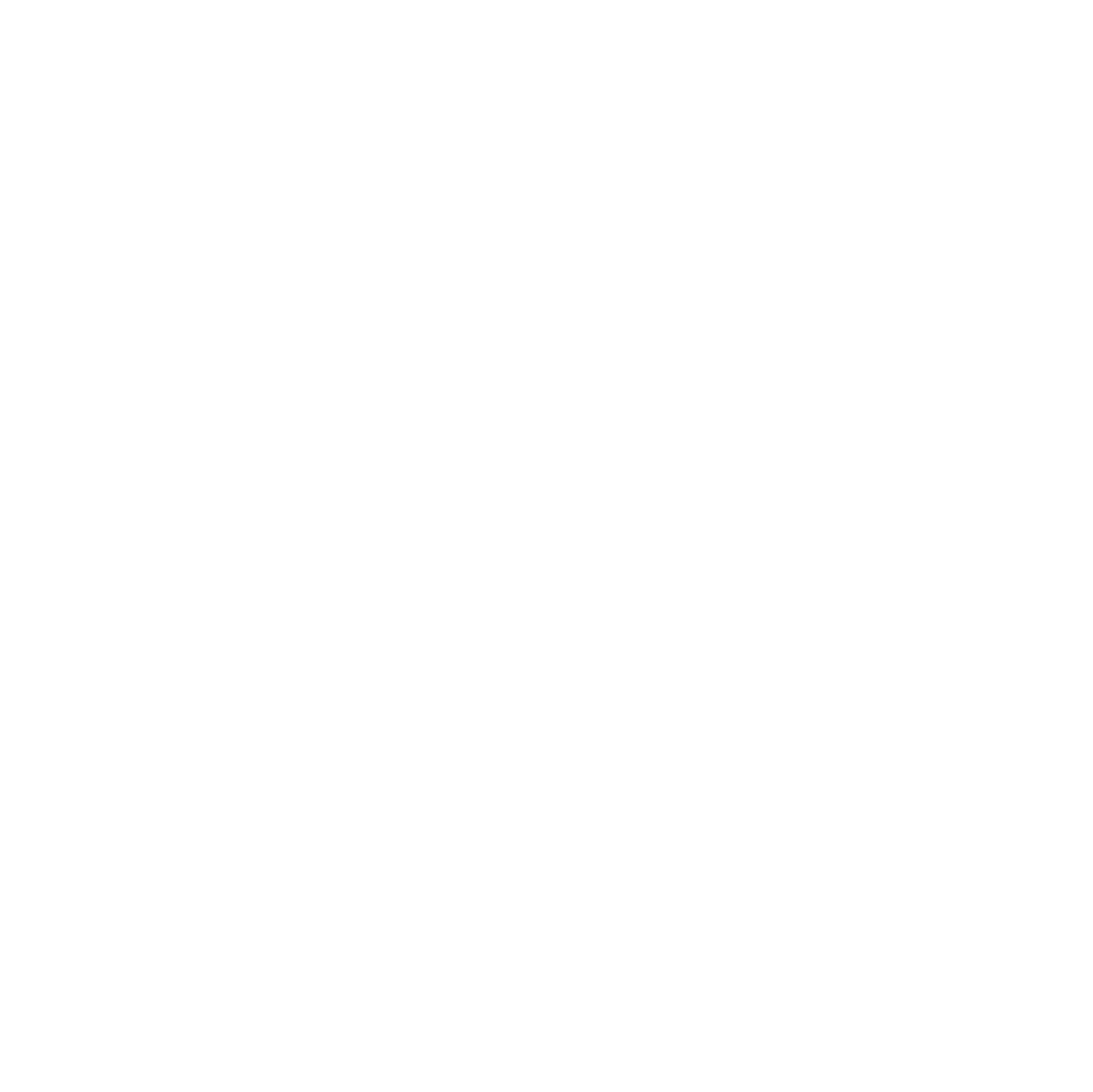 “Flying is a serious business. Whether you are a recreational pilot, upgrading to an instrument rating, or embarking on a career as a commercial pilot, Kilo Charlie Aviation is the place to learn. Our course of instruction, the planes we fly, and the Redbird FMX Flight Simulator all challenge our students to become serious pilots. We teach them to enjoy flying, but also take it seriously. At Kilo Charlie, we’ll show you a lifestyle that few others know.” — Robert Renfro, COO, Kilo Charlie Flight School